Intel Memory Drive Technology (IMDT) is a software-defined memory (SDM) product that allows for the expansion of system memory beyond DRAM by defining some of the PCIe-based Intel Optane SSD capacity as memory, instead of as storage. It executes directly on the hardware and below the operating system, and allows for system memory to be assembled from DRAM and the PCIe-based Intel Optane SSD. It leverages economic benefit of SSDs, and operates transparently as volatile system memory.

It is optimized for up to 8x system memory expansion over installed DRAM capacity and provides ultra-low latencies and close-to DRAM performance for SDM operations. It is designed for high-concurrency and in-memory analytics workloads.

At runtime, the DRAM is used as cache. When there is a cache-miss, IMDT intercepts and brings the data into DRAM. It does so by using machine learning to continuously prefetch data from the Optane SSDs. 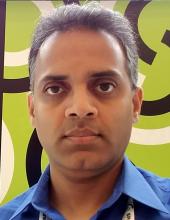 A limited number of £20 tickets are being raffled off each week. Enter to win a full conference pass for only £20

Receive the Latest Conference News in Your Inbox